Investing is as american as apple pie 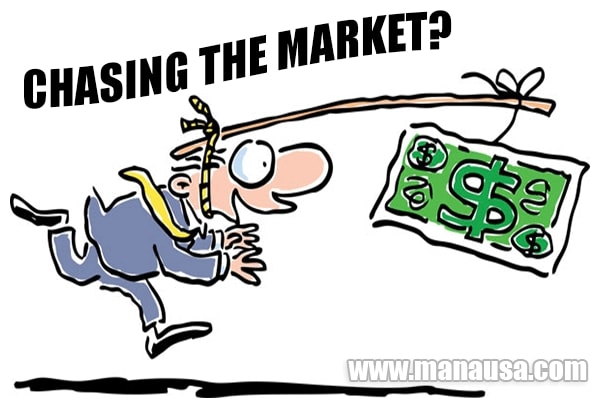 Momentum based investing is everywhere, and there’s nothing we can do about it. From investing in trend lines or price oscillations, it’s an investment philosophy that is here to stay for anyone trying to figure out how to invest 10000 dollars. Though it isn’t my favorite style of investing, it’s at least worth a look.

Recently I was approached with the investment idea that, if you invest in the top performing industry, you are likely to make money. So, I went and created a simple industry rotation screen.

For this screen you need two tabs, the editor and industry change. In the industry change tab we look for the average of the change of close over the past year broken up into each industry. In the editor we then rank these industries and take the top 10% of them for investing.

This follows the original investment philosophy to the tee. We are looking for the best performing industries, and will invest in them based on the fact that their industry is doing well.

No so hot. This strategy is fairly volatile and doesn’t perform nearly as well as the benchmark. Honestly, the majority of this strategy’s returns come from the year 1999. Get rid of that year and the entire strategy falls apart.

Again, the original logic just didn’t work. We actually returned more with this strategy than we were chasing the top performing industries. This side of the pond is a bit more volatile, but honestly, that doesn’t matter much as it isn’t a really investable logic.

So what happens when we take the middle?

We’ve looked at the top 10% and the bottom 10%, but what if we decide to take the companies in between those two values? 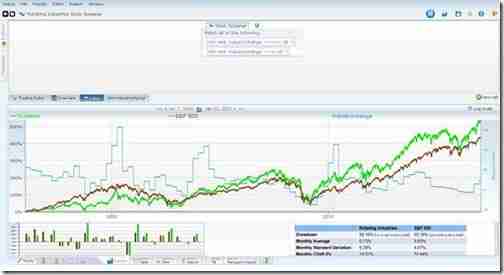 It performed better than both the top and bottom performers; and it did it at a lower standard deviation than both of them. Alone, this isn’t really investable either, but it does tell us a pretty good story. In most points in life, chasing doesn’t work. You can’t chase the market, you’ll always be one step behind and you’ll leave money on the table because of it.