The S&P 500 has performed spectacularly over the last seven years. So spectacularly, in fact, that some find its performance hard to believe. Are the stocks that make up the S&P being cherry-picked to only show the most successful performers? If the contents of this benchmark are not selected organically, its usefulness is suspect. If not selected impartially through a repeatable algorithm, how can these stocks represent a baseline “safe” investment?

In order to test this, we can manually screen for the stocks within the S&P, based on its selection criteria.

According to Standard&Poor’s website, an S&P 500 stock must meet the following requirements.

Of the tickers listed in the NYSE and NASDAQ, the top 500 that meet these criteria make up the S&P ranked by market cap.

How do stocks that meet these criteria perform?

To emulate the S&P, we create a screener which approximates the S&P 500 by searching for the following:

Equities Lab has a built in macro, “issanplike”, that screens for these criteria. We’ll make use of this macro, and search for the top 500 tickers by market cap. This will give us a list of stocks very similar to what is included in the S&P. If we backtest over the last seven years, we get reasonably similar results.

At least in the short-term, the official S&P follows our own algorithm very closely. Total returns differ by less than 1%, and annualized returns by five tenths of a percentage point. If we look at the graph, we see also that our approximation moves with the index. Not only are the returns matched, but the maxima of our screen correspond almost exactly to those of the benchmark. What about in the longer term?

If we backtest from 1996, our approximation is slightly less accurate. It still tracks the S&P, and annualized returns are within .25% of one another, but it mildly overperforms in later years. This is still more than close enough for estimation, but the question remains: why is there deviation at all?

For a variety of reasons, Equities Labs’s macro eliminates certain types of firms rather than test certain excluded criteria. Excluding REITs and LPs excludes equities that aren’t truly corporations, whose shares aren’t bought by the public, thereby substituting the IWF minimum. This is roughly analogous to meeting those excluded S&P requirements.

We also don’t include a market requirement, per se, and we don’t require a particular number of shares to be traded per year. The reason for the market cap filter’s lack is obvious: we take the top 500. Adding a market cap filter means that the index will behave oddly during crashes and booms (How does the S&P 343 sound?). Requiring a fixed number of shares to be traded causes issues with companies that split and abruptly enter or leave the index. The Market cap weighted dollar volume cap seems much saner.

Of course, some “wrong” stocks will slip through, and some appropriate stocks will be excluded, as this is an estimation. We did make a few tough decisions, after all. But in a pinch, this is of no consequence–you get results within the margin of error, for less work. And that’s exactly what this macro is for.

Fortunately for investors everywhere, this inaccuracy proves that the good folks at Standard&Poor are being honest. If the estimate is outperforming the benchmark, then clearly no one is cherry picking stocks to inflate the S&P.

We’ve established that the S&P is legitimate, and indeed measures what it claims to measure. But what about the S&P makes it the gold standard of benchmark investments?

Why not something else?

Empirically, the answer is obvious. The S&P performs much better than the entire market (grey), and all large-cap stocks (green). However, outperformance cannot be our only standard for a good benchmark. The Dow 30 has nearly always yielded higher returns than the S&P, for instance. Why not index against the Dow, instead?

The Dow 30, while being a well-performing set of companies, only comprises 30 stocks. What’s more, Dow’s algorithm emphasizes high closing prices, not just market cap. This limits its scope to companies that are both large and high-value. Because the 30 largest companies with high stock prices cannot accurately reflect how the economy as a whole performs, they cannot be the basis for a market index. Consider if we took this line of reasoning to the extreme: Amazon has outperformed the S&P and the DOW since its inception, does that mean we should use it as our benchmark? The problems with doing so are self-evident; clearly there is more to metrics than outperformance.

Now, let’s consider the S&P’s requirements. With a minimum market cap of 8.2 billion (which changes over time), Mom and Pop’s corner store won’t make it onto the index. However, this is more than generous enough to allow mid-cap regional or niche firms onto the index. The average consumer has likely never heard of several of the companies on the S&P. However, this cap is still large enough that it limits the index to mostly competent firms. Other prerequisites, such as the positive earnings or the time since IPO, serve the same purpose. By eliminating companies which perform poorly, or whose price is still speculative, the S&P creates a best-case scenario.

Another point to consider is the IWF requirement. The Investible Weight Factor is a major part of free-float methodology. This is a measure of market cap that emphasizes the total equity available to the public over raw market cap. The greater the portion of publicly-traded stock, the higher the IWF. The importance of ensuring a high ratio of publicly-traded stock is twofold. The first is that market trends more heavily affect publicly-traded stocks, as their primary traders are market actors. For an index which seeks to gauge the state of the market, the benefit is obvious. Second, a greater IWF corresponds to a lower volatility. If most of a firm’s equity is not publicly traded, the number of stocks which determine its price is small. Any one buyer or seller will have a major impact on the stock’s price, meaning the price will fluctuate wildly. Because market benchmarks are supposed to be stable, avoiding volatile stocks allows the S&P to better represent the market.

By minimizing fickle chance and incompetence, it reflects the economy’s ideal potential, meaning that a shift in the S&P should represent a shift in the economic reality, not one or two (un)lucky firms or sectors. But, generously allotting 500 slots makes sure the index includes the good, not just the exceptional. The US headquarters requirement limits it to domestic firms. The public’s hands requirement, combined with a float-adjusted market cap, limits it to truly public companies. All of these factors combined ensure the S&P tracks the US economy, but without uncertainty from outliers. 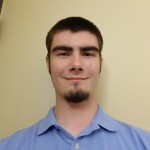