High insider ownership is something commonly associated with value investors. The idea behind it is rather simple. If the management owns a large portion of the company, then they are incentivized to perform well – benefiting not only themselves but the shareholders as well.  The other side of that coin is that owners may not listen to the advice of people within the company, using their position as majority shareholder to push for things the company wouldn’t do otherwise. Let’s take a look how companies with higher insider ownership have performed compared to companies with low insider ownership.

For this first screener, I screened for companies whose insiders hold a controlling share (>51%) of the company’s stock. Returning only 29 results, one can discern that owning the majority of your company isn’t common among publicly traded companies. Also, from the backtest below you can see that these companies underperformed the S&P 500 in recent years by a significant amount.

Just by glancing at these results there are a number of household names such as Papa John’s Pizza (PZZA), Oracle (ORCL), Columbia Sportswear (COLM), etc. Now that we are working with 123 results rather than 29, we may see a better performance against the S&P since we are more diversified now. To my surprise, after screening this it seems that this screener performed even worse than the previous one with more insider ownership.  (See below) 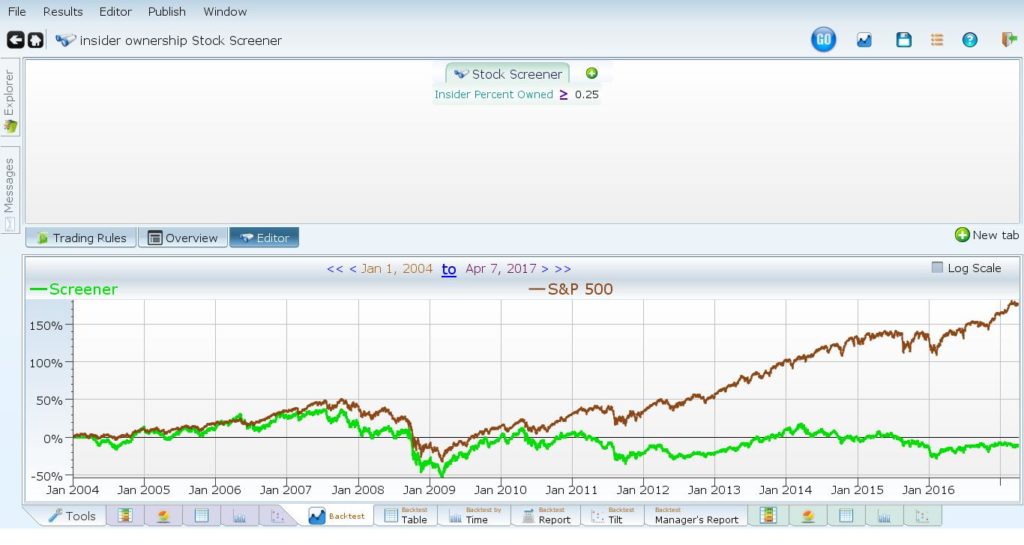 After backtesting this screener, it did, in fact, beat the S&P by a minuscule .04%. However, it was done at a higher standard deviation, experiencing more volatility with the screener than the S&P. While I was looking at the results, I noticed that almost all of the Utility companies posted a positive return since 2004 with only 3 or 4 anomalies; I thought to myself “why?”

For starters, this sector receives a hefty amount of government subsidies. This sector is gifted with constant demand. While utilities may not be the sexiest-sounding investment idea, they have shown good returns in recent years. Utility companies are known to carry large amounts of debt so investors traditionally would buy corporate bonds instead of their stock. However, during the financial crisis investors saw interest rates at almost zero which allowed utility companies with large amounts of debt to relax a bit. Investors then bought the company’s stock rather than the bond thanks to the favorable dividends offered by many utility companies.  After running the screener of just utilities against the S&P, you can see which one is the obvious winner. 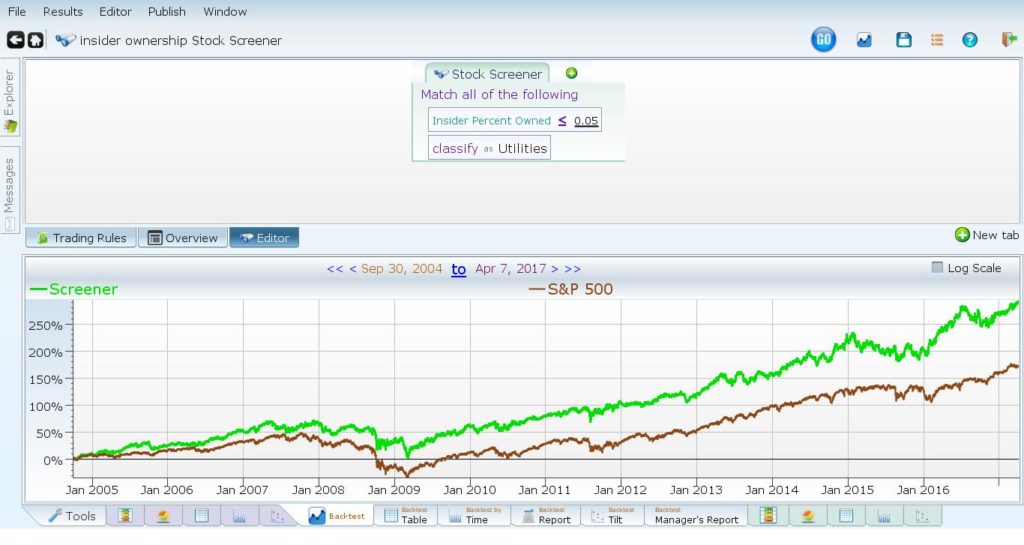 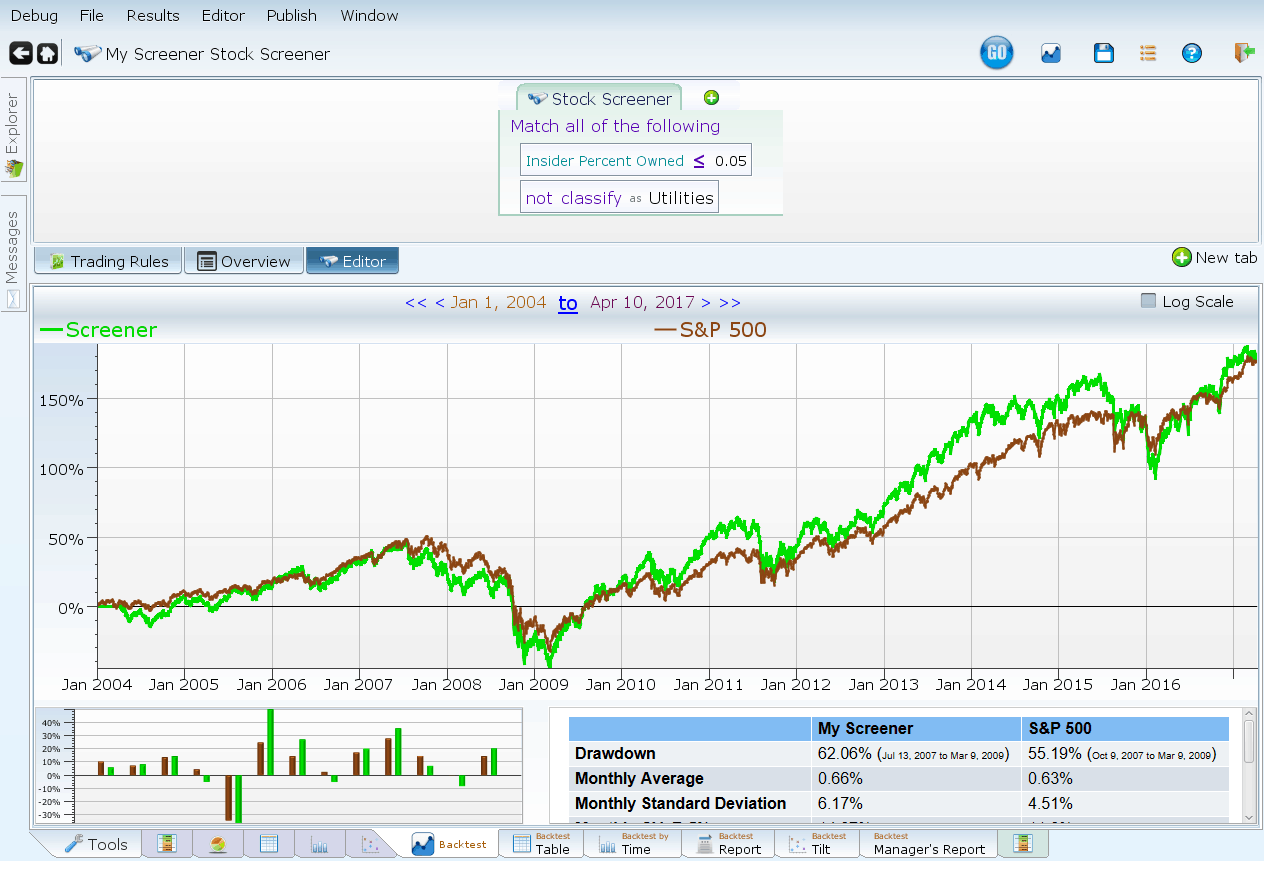 Once utilities are eliminated from the screen, it performs almost as well as before – keeping up with the market at a comparatively high standard deviation when compared with the benchmark, but standard when compared to the other screens used in this article.