Is Short Interest a Good Indicator?

Is Short Interest a Good Indicator?

In Equities Lab, if you subscribe to our professional level, you have the ability to access certain fields that aren’t available to our more basic membership levels. One such field is the short interest that is held in companies across the market, and it was this field that got me thinking. How good of an indicator is short interest in finding companies that are going to fall? At face value it seems reasonable that a company with a high short interest or a company whose short interest has drastically increased in the past few months would be more likely to go down, but let’s test it. 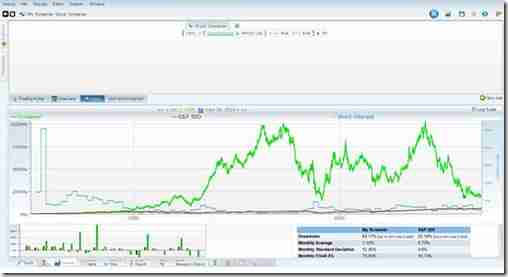 Well this chart makes absolutely no sense to me. It doesn’t give us an overwhelming movement in any direction. However, looking at it is like riding a rollercoaster and I’m starting to get a little woozy. This photo is of a simple screen that looks for short interest in respect to market cap and takes only the highest 99% percentile for highest ratio.

What about basing the screen off of the rank of the change in their short interest? 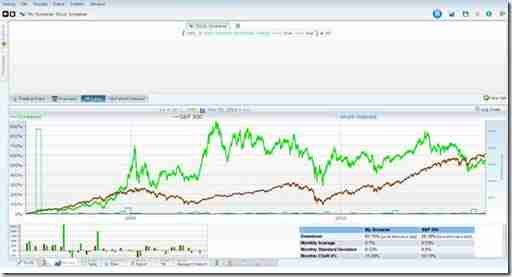 So it isn’t nearly as risky over the past 20 years, but it is still completely disproving the hypothesis we formed at the beginning of the article. This is a screen that is made up entirely out of companies where people are actively shorting their company at a higher rate than before. These companies should all fall, if other people’s trades are to be believed.

Maybe the time frame is wrong?

Maybe holding onto the short positions for a quarter is a bad idea. Let’s try a few different rebalance periods.

Here is the monthly rebalance. It had the exact opposite effect on the returns as I was expecting. It seems, that when it comes to the change in short interest, the price actually rises in the short term when companies have a large increase in short interest. Not something you’d want to invest in, but maybe not use this as a metric or rationale for why you short something.

On a little longer time scale – yearly rebalance, we at least don’t make more than the benchmark S&P 500. We instead make 100% over the past 20 years, so it still wouldn’t be a good short strategy no matter how you slice it.

Now, when used with other indicators, or a more complex sorting method for companies based on their short interest it may become a valuable tool in identifying shorts for your portfolio. But as it stands now, you shouldn’t rely solely on the short interest to find companies that aren’t worth their salt.