How Important is the Bitcoin Rally?

Why are Large Caps still Increasing?

Why is Large Caps Increasing when their Earnings Haven’t Changed?

It would make sense if a company’s share price increased roughly in time with earnings and profits. It’s simple, logical, and based purely on the core fundamentals of the company. This logic even worked between 1995 and 2012 as shown below. 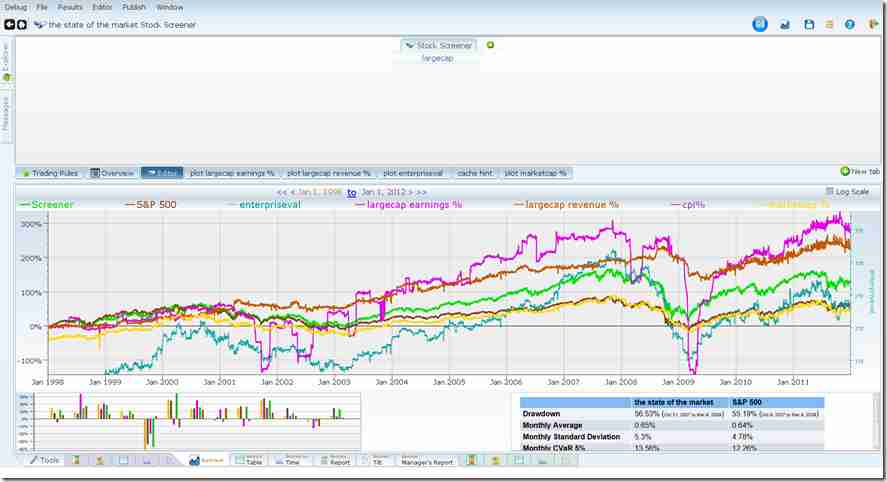 Most everything moved in line with the overall performance of the screen. They may have larger movements in either direction, but the general shape matches up pretty well. 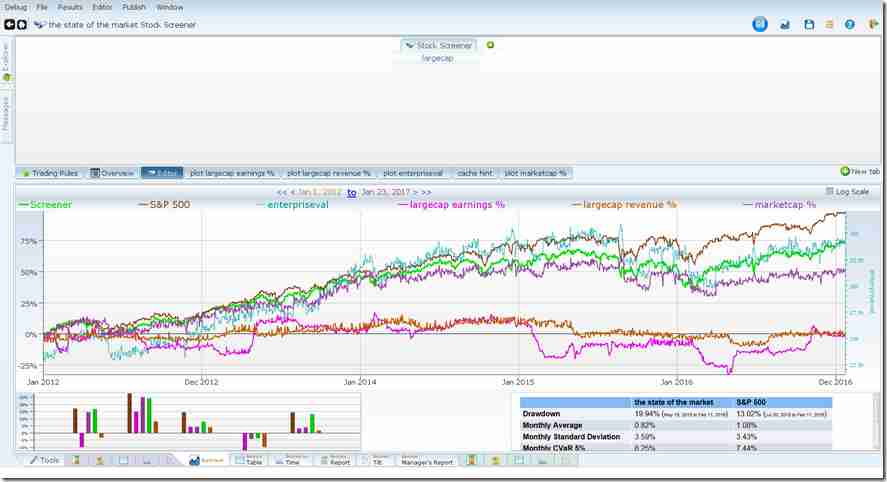 There is no rhyme to this rhythm. There is honestly no way to explain this sort of behavior from simply looking at the fundamentals of the company. Rather you need to look further than that at the economy as a whole.

After the crash in 2008 the Federal Reserve enacted a policy where they purchase X amount of bonds every month in order to push interest rates down – keeping the demand for money fairly high even during the recession as people were able to borrow money for cheap.

In 2013 the inflation rate dropped from 2.9% to 1.6% and it hasn’t shot back up since. This allows companies to not necessarily need to increase their earnings as much to have effectively the same earnings as the year before and continue to operate at a stable level. This added with a growing public acceptance with the idea of investing in the markets again, has pushed stocks across every market cap up over the past few years.

This is only one theory of many.  Other possibilities include, everything was oversold before – which was what happened to dividend companies in 2009 where even blue chips had previously dropped to penny stock levels; or maybe things are just overbought now. We have been in a bull market for many years now, and every month or so the entire market believes that the world is ending only to have it be a false alarm. Look forward to future articles where we test some of these ideas.