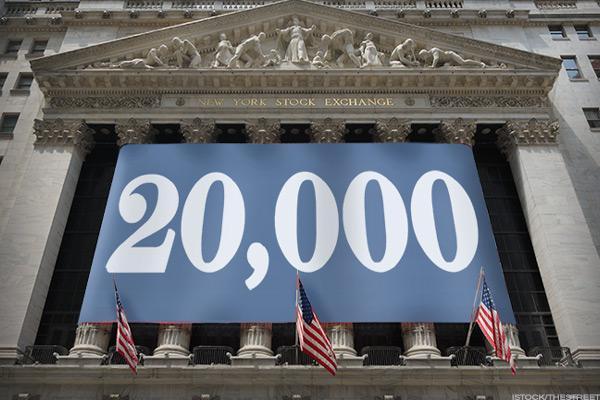 Unless you’re living under a rock, you’ve probably heard the news about Dow 20K. You might be asking why Dow 20K matters and what it even means. Well, Dow 20K is a major milestone for the Dow Jones Industrial Average. The Dow Jones Industrial Average has been around since May 26, 1896, and is an index of 30 large publically traded companies based in the United States to give investors a general idea of how those stocks were traded on a day to day basis.  The Dow is built up of notable companies such as Apple, Goldman Sachs, Boeing, IBM, Nike, The Home Depot, Coca-Cola, etc. So why does the Dow hitting 20,000 points matter? The milestone is an indicator of the continued collective momentum from those 30 blue chip stocks have had for the past couple of years. However, the Dow is not very broad and misrepresents the overall market. Let’s take a look at some stocks that aren’t in the Dow but still showed some powerful momentum in the past year of trading. 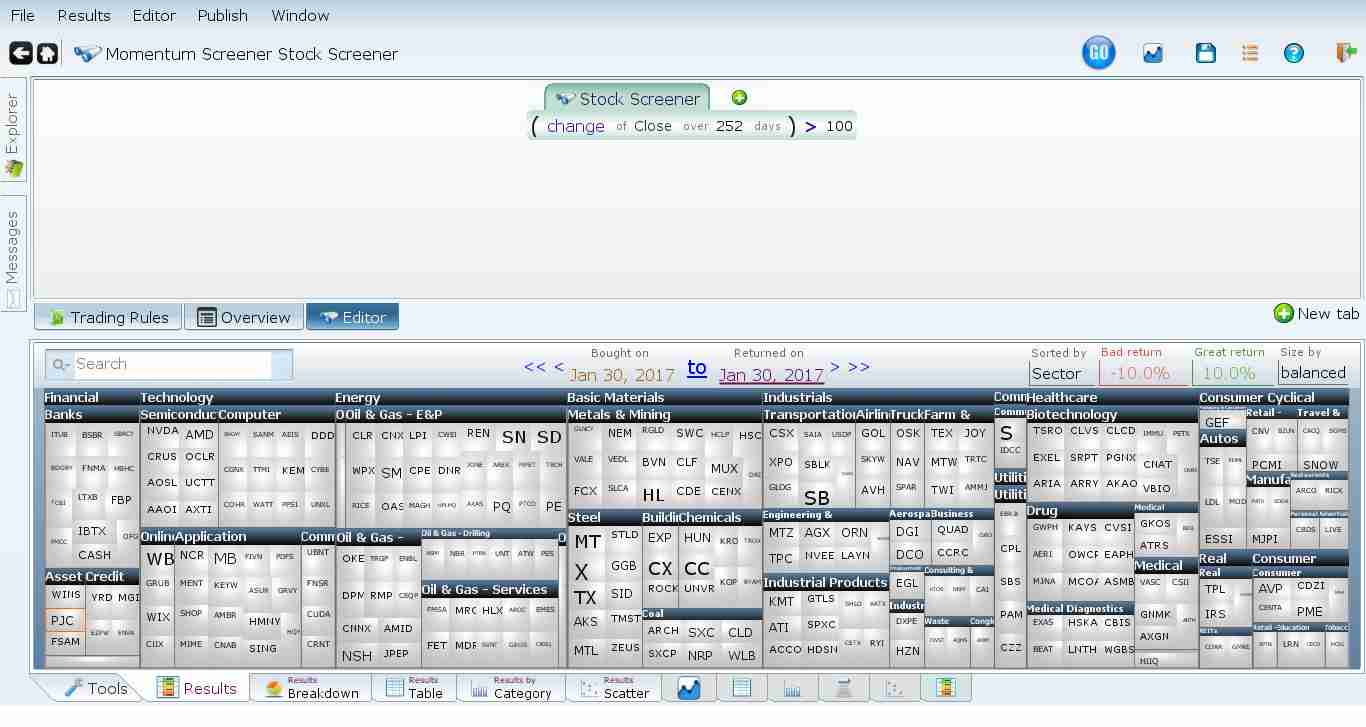 Using the Equihack language I was able to find companies that showed a gain of more than 100% in the last 252 days (1 trading year). It’s a bit surprising to see how many stocks had over a 100% gain in just the last year which then raises the question of whether or not these rallies were appropriate. Now let’s take a look at one to see if the rise is justified based on the recent EPS, revenue growth, and return on equity from the last four consecutive quarters. 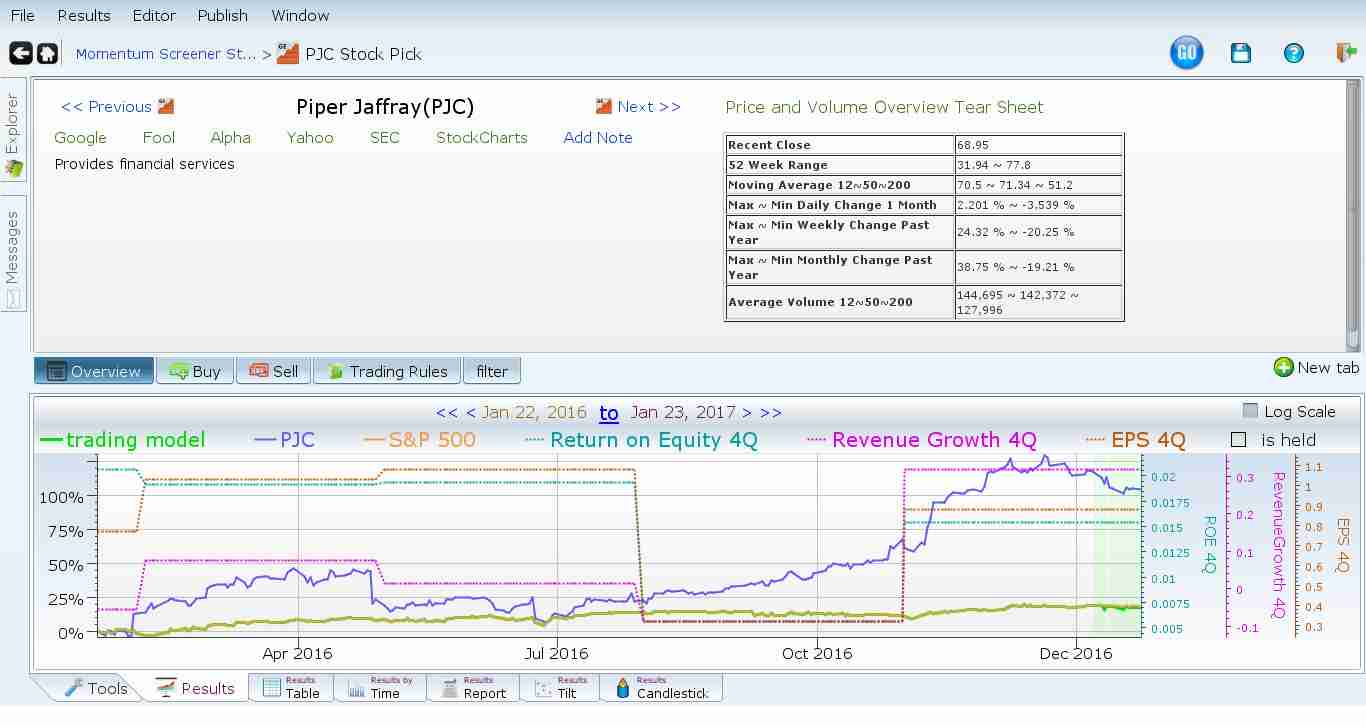 The particular stock we are looking at here is Piper Jaffery (PJC) a financial institution which operates through two segments: Capital Markets and Asset Management. Between those two areas of operations, you can see they were easily able to outperform the S&P 500 over the last year driven by strong revenue growth in the latter half of the year. Based on the financial information displayed on the Equities Lab screener it’s safe to say this powerful rally by PJC is justified.

However, not every rally of 100% or more is sustainable, especially in the biotechnology sector. I tweaked the search to find only Biotech companies which showed a gain of over 100% in the last 252 days. Through the search, I found Cannabis Pharmaceuticals Inc. (CNBX). 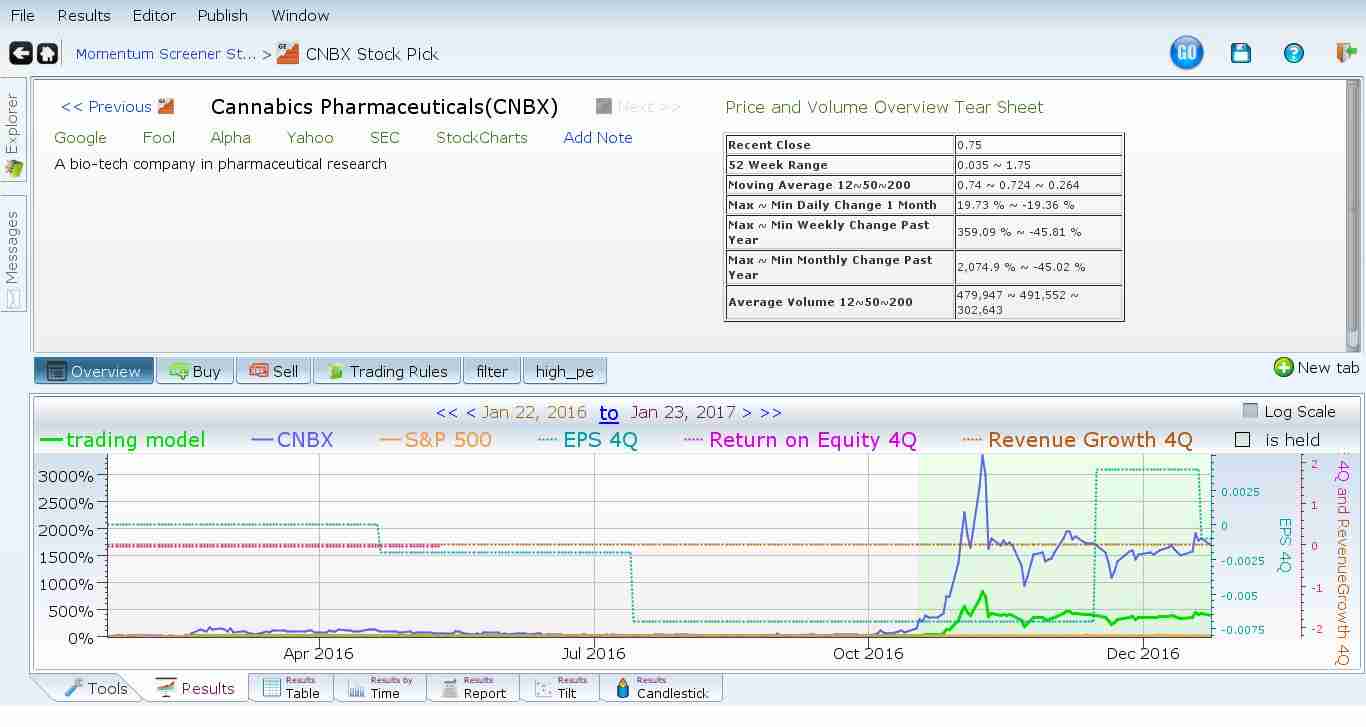 This stock reeks of volatility and something a little funky. You can see the spike from this company came in right before the election in hopes of less regulation for the industry and further investment into researching the benefits of the drug(s) the company offers. Through further analysis of the stock based on the financials of the company, you can see that the momentum of this rally was supported solely by speculation instead of sticking to the fundamentals. You can tell just by a quick glance at the Key Ratios Tear Sheet that the company is not working with much capital and not producing much revenue.