What happens when you eliminate the 10%

A historical look at IPO performance

The IPO Wall Street has been salivating over for months is finally becoming a reality. Snap Incorporated, the parent company of Snapchat, officially announced it will be going public. The company will have its first day of trading at the New York Stock Exchange sometime in March (No specific date as of yet) with Goldman Sachs and Morgan Stanley as the underwriters. Snapchat is a unique company with the majority of its user base coming from a very young demographic. The company’s SEC filings revealed steady revenue growth over the past couple of years, but will this growth continue as the company competes in a sink or swim business environment? Not every IPO has been a walk in the park, even for popular companies such as Fitbit, GoPro, and Twitter. As you can see below these companies all shared a common trend. 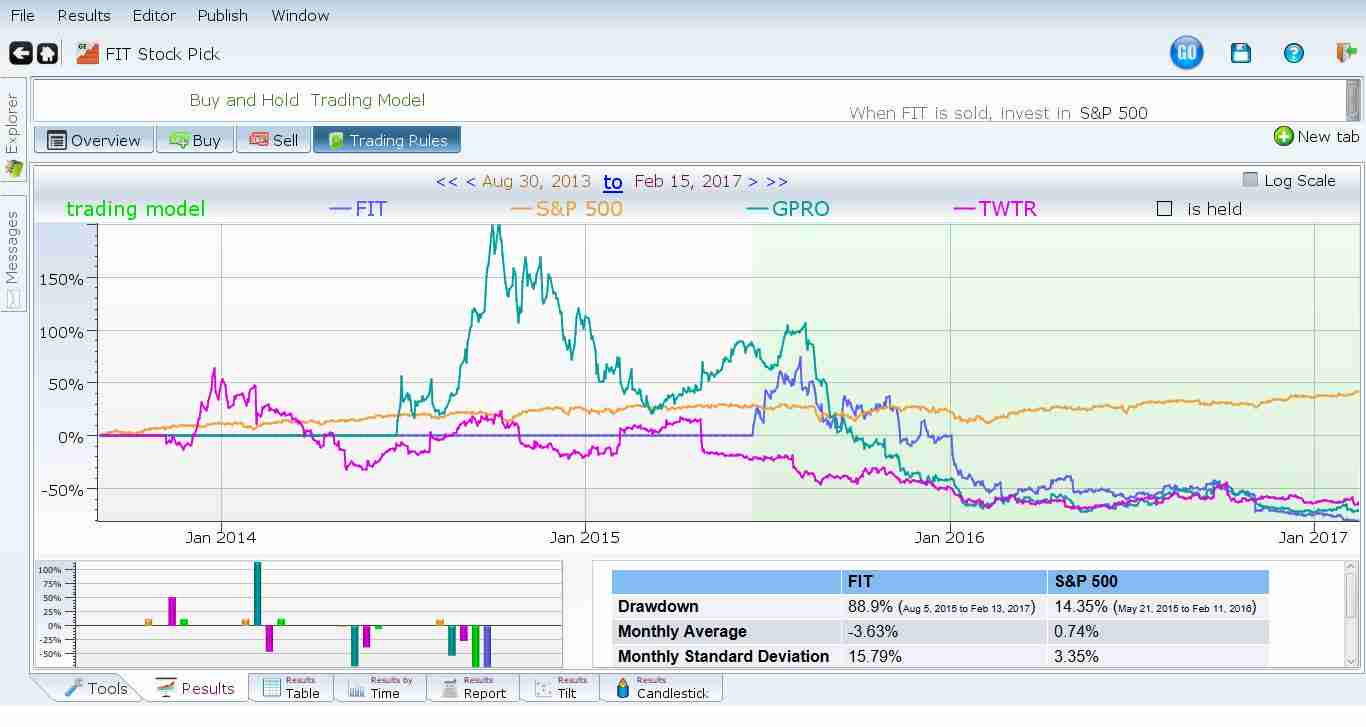 These companies all had strong gains right at the start of their Initial Public Offering, but as you can see these companies all lost their steam and struggled to find a bottom to bounce back from. Now, these are all common names that most people know, so why would such noteworthy names take hits like these? A lot of it is just hype surrounding a name. Fitbit is the perfect example.  This is a company that originated around one singular product. The hype surrounding the company couldn’t match the market valuation and they weren’t reeling in nearly enough profit. The share price has fallen nearly 80% since going public. Is this foretelling of similar problems that Snap could see when they go public? Well, let’s not jump to conclusions and automatically assume that every recent IPO has been a horror story. Let’s use an Equities Lab screener to find recent IPOs from the past three years (756 trading days) to see how they’ve performed overall against the S&P 500. 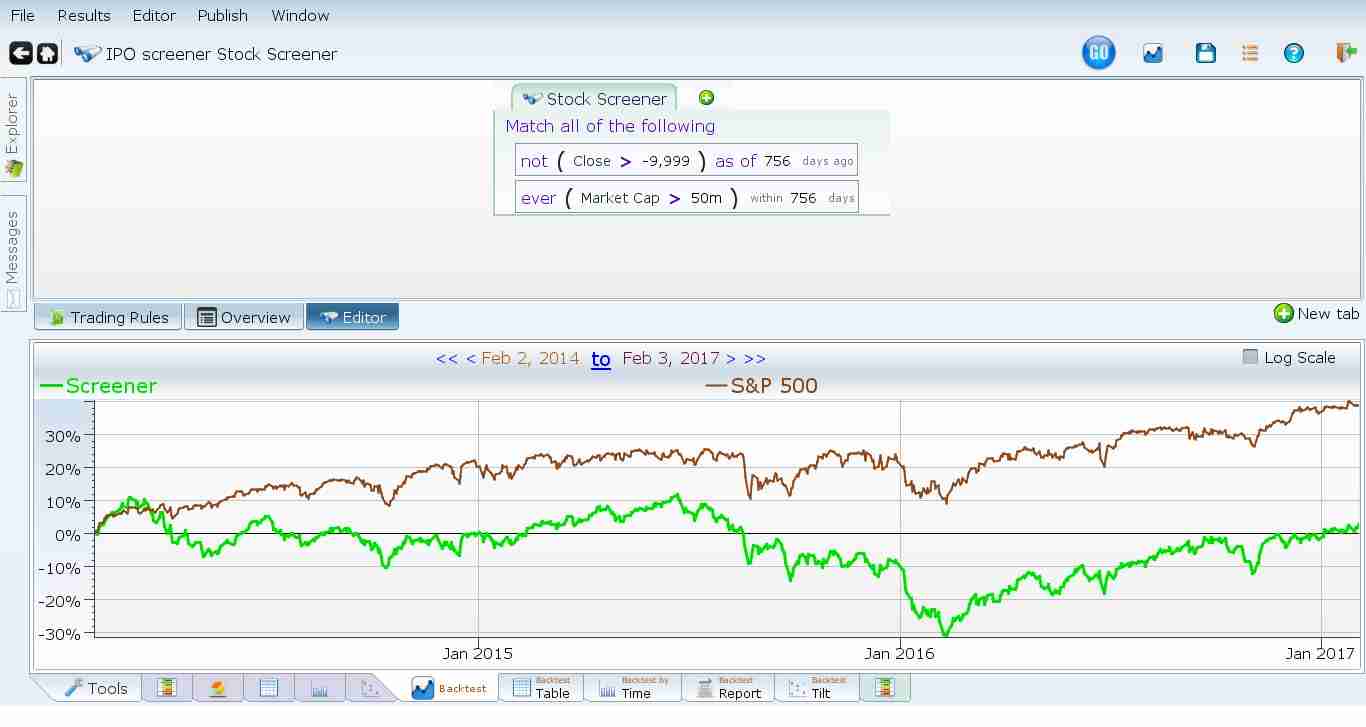 Now you can clearly see recent IPO’s haven’t fared well against the S&P, but this is no reason to get discouraged. These are all very young companies and the S&P consists of well-established companies with far greater market caps than the ones represented in the screener below. Let’s edit the screener to find companies with a lot of upside potential. I added more filters to find companies that are still young but working with a lot of capital and low debt in relation to their assets. I also simplified the search to only technology and more specifically application software based companies because that is where I personally see the most uninterrupted growth coming from for the next decade. 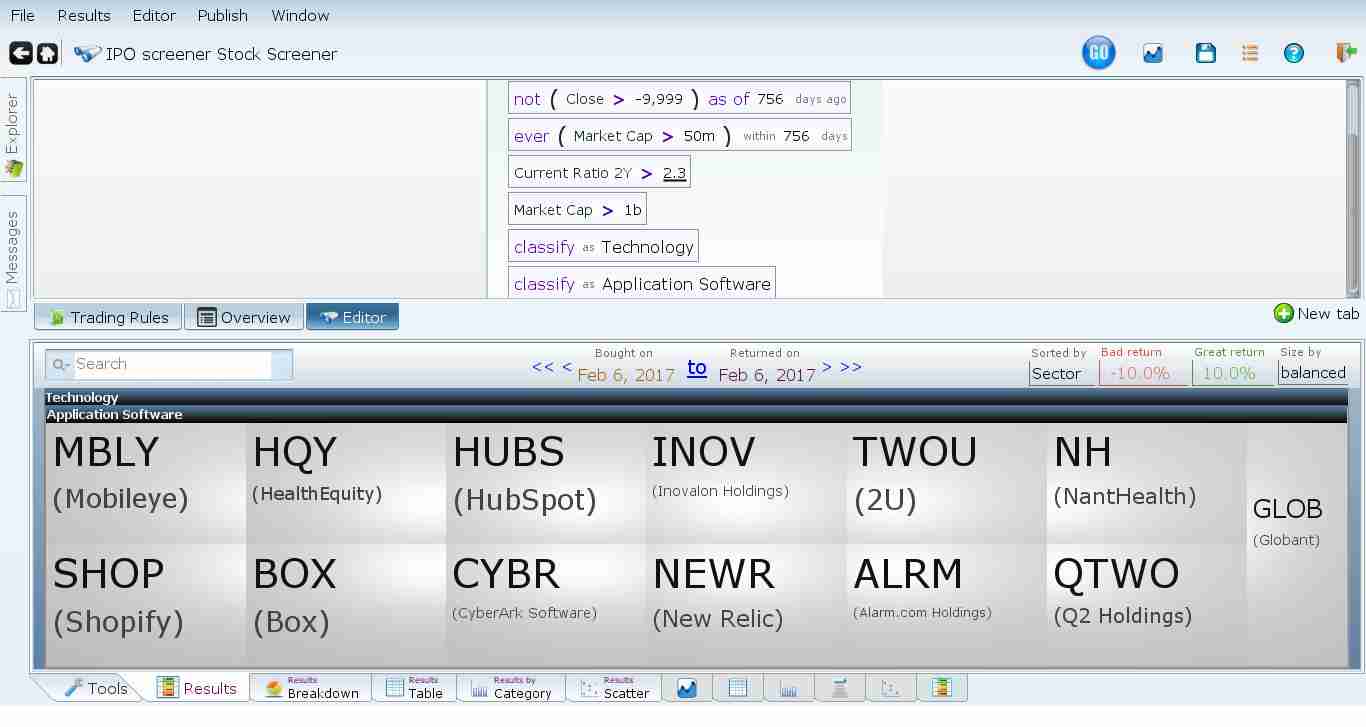 You can see the screener still underperforms the S&P 500 as a whole, but some of those stocks have a lot of potential for growth. For example, Shopify (SHOP) has a business model that I found interesting. Shopify offers a cloud-based, and multi-channel e-commerce platform for small and medium-sized businesses. With traditional retail services slowly losing market share, alternative platforms like Shopify have a lot of room to run. The economy is looking much healthier than in more recent times, and Shopify will benefit from both that and a more stable small business environment.