Are Solid Companies Really that Solid? 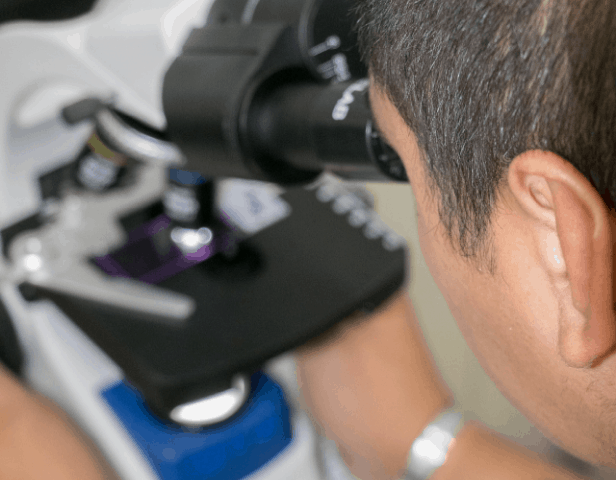 Over this past month or so we‘ve been writing a lot of articles that are very pro-technical analysis. Personally, I was fascinated by technical analysis when I first started investing, but I have to say, my tastes have changed. Either way, our most recent featured screen is actually based off of the SCTR designed by StockCharts, and it works amazingly. This led me on a little excursion to find other technical indicators to test and program into our system.

After a short period of time I found ABG Analytics, a Quantitative investment site, and in their technical analysis section there is something known as the “Traditional Scoring Technique” This technique looks good on the surface and hits all of the basic technical analysis points, but let’s see how it fairs.

Here is the formula we will be using. Each line is pretty self-explanatory, and the score itself goes from -6 to 6, but rarely does it go past five in either direction due to the RSI field parameters.

If you can’t tell from the formula, the higher the traditional technical score, the better. Therefore, we can assume that a high score is going to outperform the benchmarked S&P 500, and that it will outperform a lower score. We can also assume that if a company has a very bad traditional technical score, that it will underperform the market and possibly even lose money.

Here is an example of the formula used in an instance where our screen looked for companies that sported a Traditional Technical score greater than 3. It does beat the market by a bit, but it does so at a higher standard deviation – resulting in a Sharpe ratio of .13 compared to the benchmark’s .16. In this instance, though these companies were supposedly the best according to technical indicators. Now, the strategy did beat the market in that time period, even if only for a bit, so it does coincide with our assumptions. 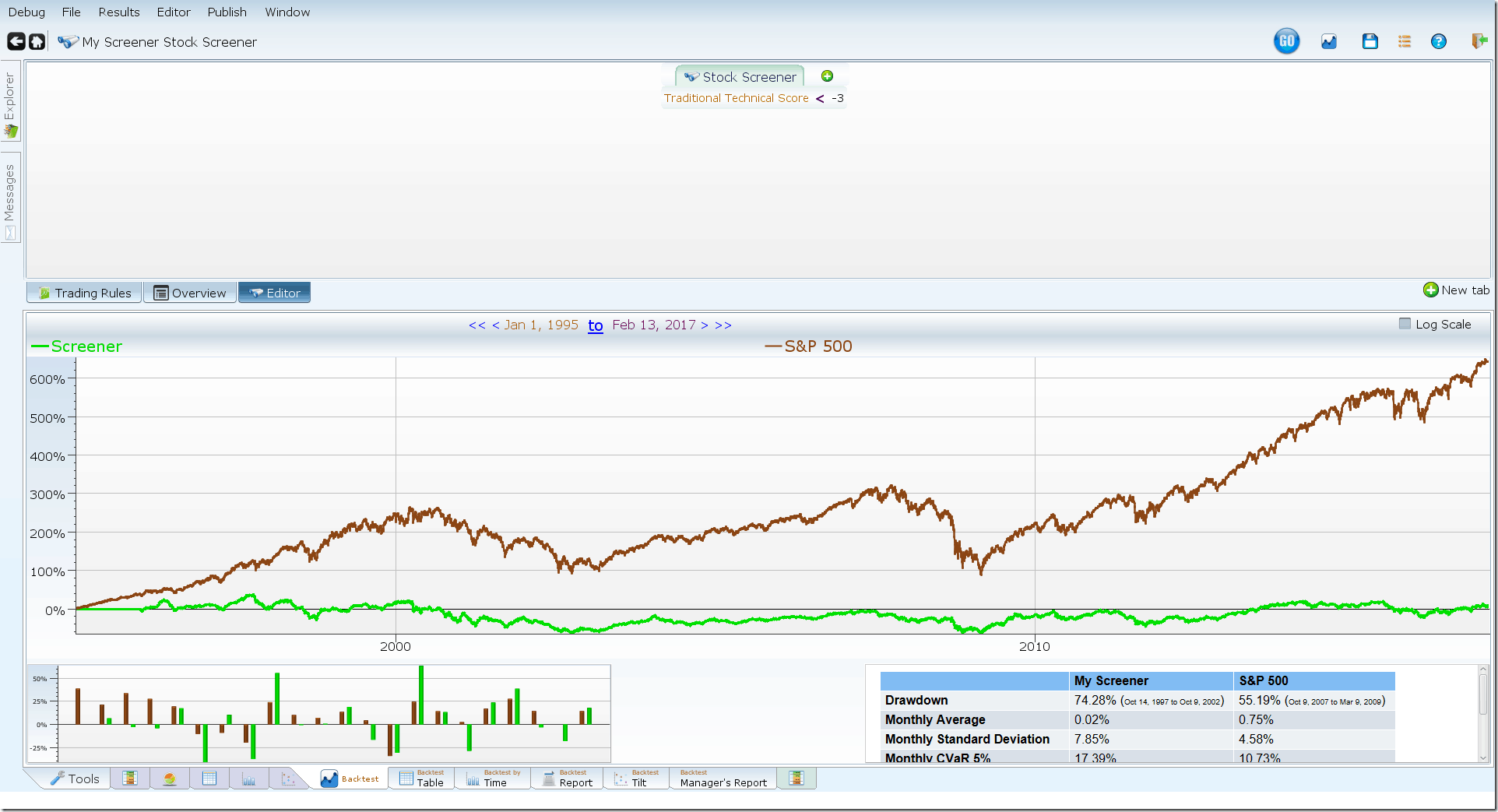 That’s more along the lines of what I want to see when running tests. Here we isolated companies that had a traditional technical analysis score of less than -3 and backtested it over the past 22 years. This screen averaged .38% annually at a massive standard deviation.

When you get a screen that does so poorly it’s usually the result of not having a lot of results or a couple of the results bringing down the overall average. We have the exact opposite happening here. There are 170 matches, and the average number of positions held in your account at any one point in time is 320. That’s not a small pool.

Overall, the traditional technical score did pass the minor testing we did to it in this article. And though I wouldn’t use it as a green flag indicator to find something to buy, it seems to work fantastically as a red flag indicator for companies to stay away from.