Why are Mining Companies Rallying?

Why the Karma Revero is not a Tesla Competitor

Why the Karma will not be a Tesla Competitor

In 2012, two years after I moved to Atlanta, I believed that I had found the perfect dream car, which might be even greater with accessories such as a car sun shade. I was wandering around a Cadillac dealership here in Atlanta as my mother was car shopping and I spotted the Fisker Karma – a beautifully designed hybrid vehicle that I had never seen on the road before. However, as the year went on the company that made this beautiful car went out of business after multiple challenges, one of which being only 3,000 vehicles were sold in total.

Now, four years later, the company is back under the name Karma and Chinese ownership. On 8/11/16 they release their plans to make a new car named the Revero that looks exactly like its predecessor. 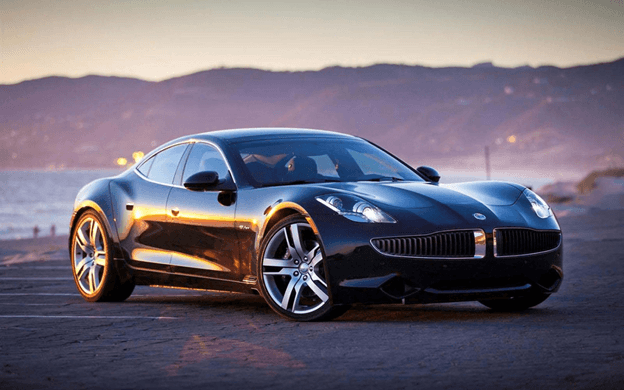 So why am I writing this article?

Well, in just about every article I’ve read online today has been how this company will be a competitor to Tesla, and that just isn’t true.

Tesla is taking steps to become a household brand and enter the mass market. They have been going through this change for some time now as they originally changed their primary vehicle from the Tesla Roadster to the Model S – a more practical family car with a high price tag. However, Tesla just released plans to create the model 3 which will cost an estimated $35,000.

On the flip side Karma’s new car, the Revero, will most likely in a price range that rivals the P85D – Tesla’s most expensive Model S option. The Revero was designed with the intent of catering to those who are interested in exclusive luxury vehicles and not the common man. They are against catering to the mass market to the extent that Jim Taylor, their chief revenue officer, stated that “ Serving a mass market is not, and will never be, our purpose”

The Karma Revero is still the Fisker Karma

Anyone who is thinking of spending over $100,000 on a car will know the car’s history or at least the history of the company making the car, and the history of the Karma is not one to be necessarily proud about. This car is reminiscent of a car that sold horribly, went through multiple recalls, and eventually went completely bankrupt. This is going to make people incredibly hesitant to purchasing this new vehicle, and if it comes down to whether to purchase this or the P85D, I’d go with the P85D. If you want to successfully charge that much money for a car you either need to be as revolutionary as Tesla, or have a pedigree that makes your car worth that much money.

There’s the Logic, but will this really affect Tesla’s Share Price?

Most likely not. Why? Well, Tesla investors are a bit different than the rest of the market. When you look at Tesla from an unbiased standpoint the company is not doing so well. They aren’t selling a lot of cars, and the cars they do sell they lose money on. They just purchased a company because Musk is invested in it. If their more affordable car option doesn’t take off they will pretty much be dead in the water.

However, none of this phases people who are long Tesla. The company could honestly be going bankrupt and some people will still think that Tesla is the most valuable stock on the market. No amount of possible competitors entering the market will faze these investors.

I wish I could love the new Karma Revero as much as I loved its predecessor. However, it’s just not a car or company poised to be a success long term.  The comparable vehicles in that price range are just better options – which is why the new Revero will never be a real competitor to Tesla.