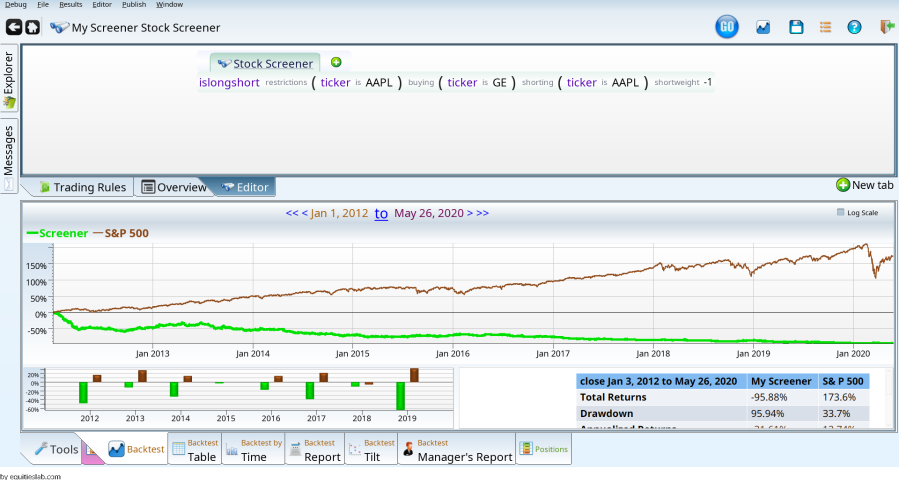 Shorting stocks is hard to do profitably. Very hard. That said, adding a short component to portfolios can reduce drawdown. Long/Short portfolios are also useful to see if factors are important for good investment performance.

To model a long/short portfolio with maximum control, use the islongshort macro. To do this, from an empty stock screener, type “import islongshort” and hit return. 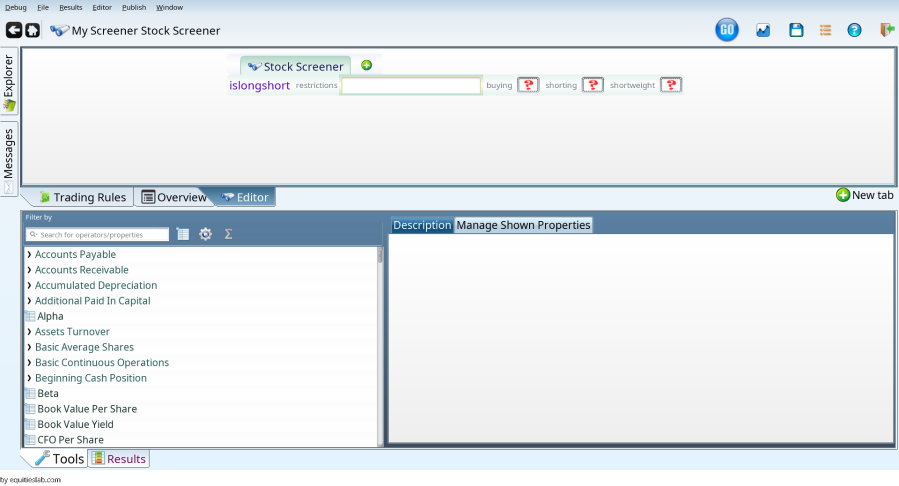 The five blanks can be filled in as follows:

To create a trivial example, we create a long/short strategy where we buy GE and short AAPL. 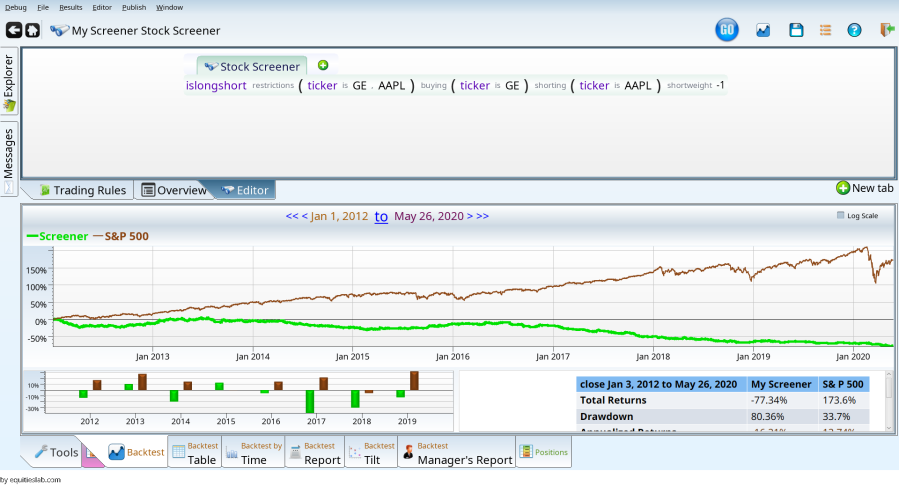 That’s obviously not a winning strategy. We can remove things from the first term to see where the performance comes from. 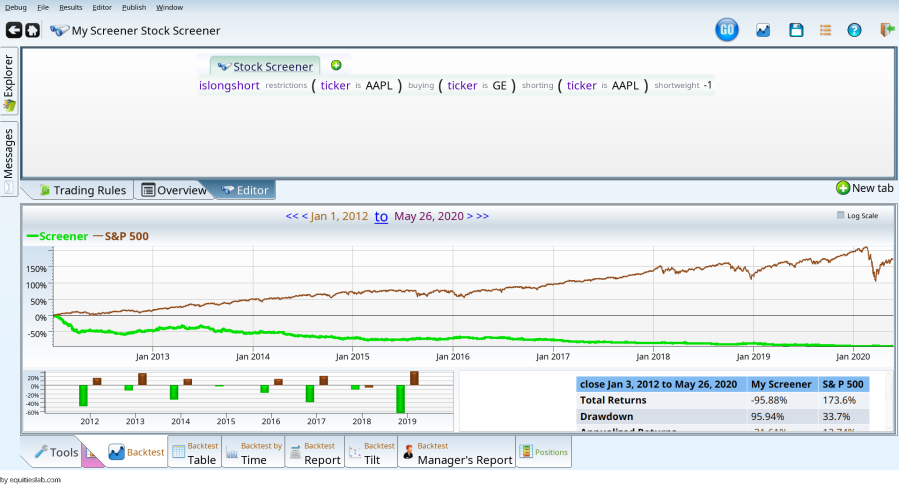 Getting rid of GE made the performance worse! How is that? GE had negative performance for the time period. The answer is simple: the first screen was a mix of 50% shorting AAPL and 50% buying GE, while the second screen went all in on shorting AAPL. Clearly shorting AAPL is worse.

What happens if the first blank is just filled in with true?  This will allow the screener to pick from the whole universe of stocks.  Which won’t make much difference as it only has two stocks on its mind.  If it were going to pick more stocks on the long or short side, then this would matter more. 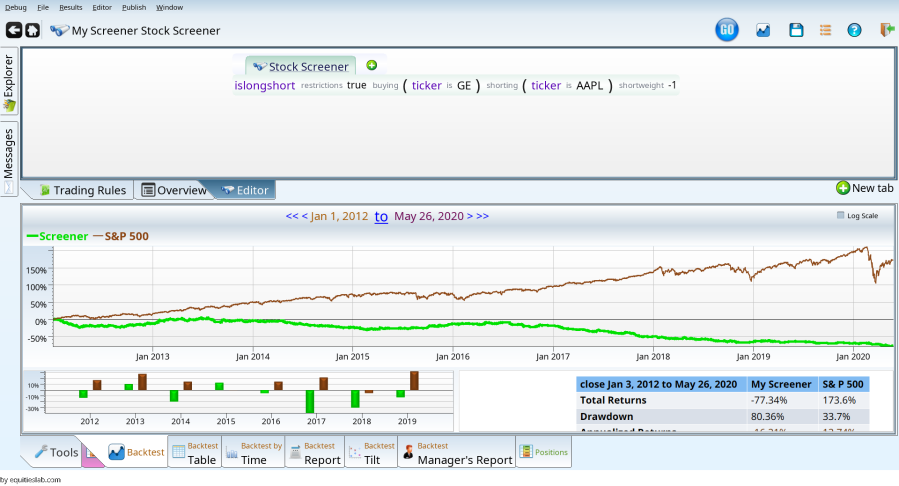 It gives us the same as the GE/AAPL case. Stocks that aren’t bought or shorted are just thrown out.

Doing it “right” by shorting GE and buying AAPL

This is rampant future prediction. It would have been impossible to know that AAPL would crush all expectations, and GE would do horribly. That said, here it is. 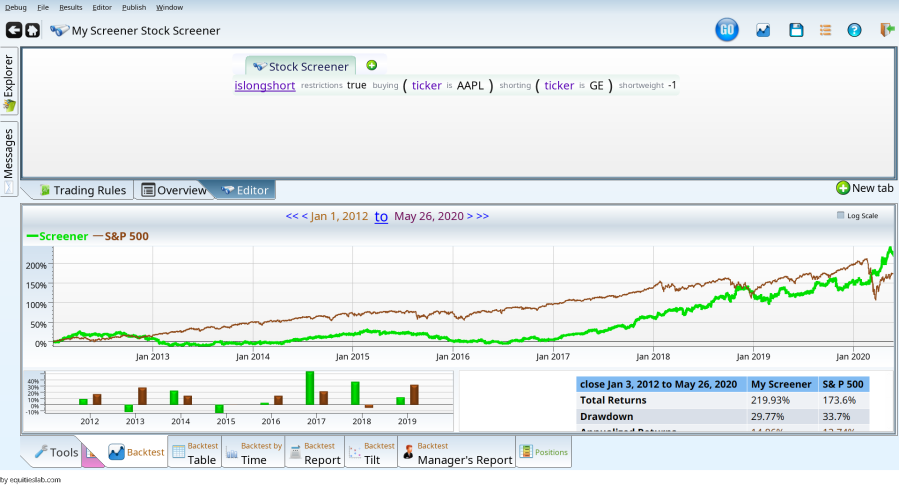 That is certainly less amazing than expected. Turning off the GE, it is apparent that the shorting is the problem. Selecting GE, and hitting Ctrl-D will disable just the GE, putting a gray box around it.  With no other terms in the ticker is, the term will never be true, and our short side will never happen. 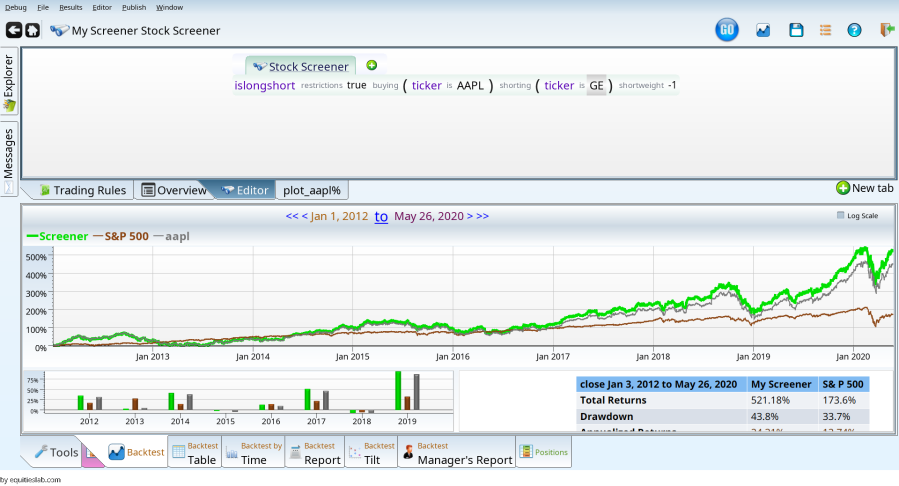 The performance looks a lot like AAPL, with the grey line indicating AAPL without dividends. Disabling AAPL instead of GE yields a puzzling graph. 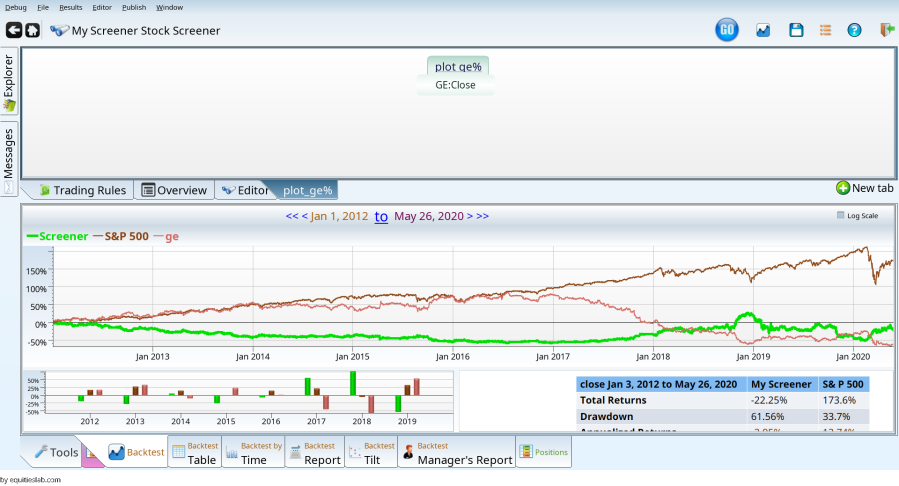 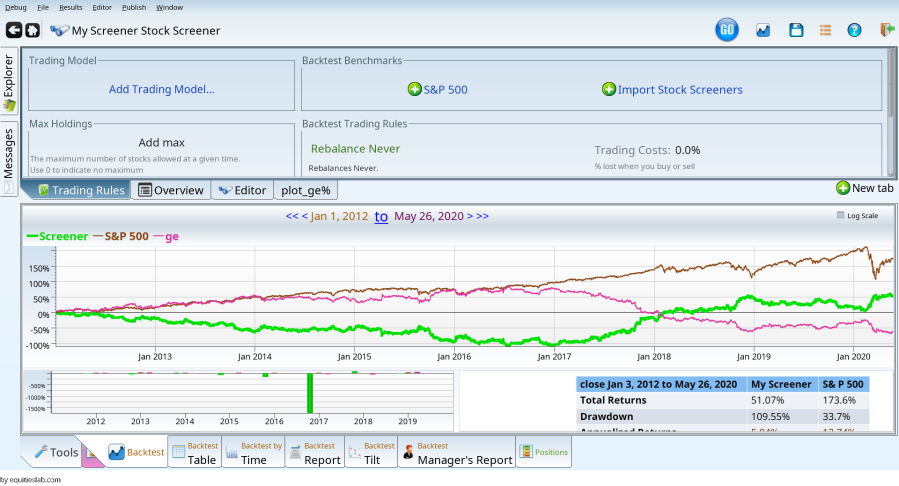