How do delisted stocks affect your portfolio?

How often are stocks delisted?

People never really expect their investment to become delisted on the exchange. However, it happens a lot more often than you think. But how often is often?

The blue line indicates the number of companies that have been delisted in this time frame – totaling 6,888 different companies.

Better yet, the reasons for these companies coming off of the exchange aren’t isolated to those companies going bankrupt. Many of the companies that have been delisted still have a closing price of above 0, and they were simply pulled from the exchange.

So, how can you help avoid companies that are going to delisted?

Companies that end up delisting themselves from the market have either been acquired, or they don’t like where the market is pushing their share price. There are of course many reasons behind each of these, but that’s the gist of it. A company’s share price doesn’t really change aggressively in either direction without the underlying company having news or bad fundamentals. Therefore, one of the best ways to avoid delisted companies is to simply put in the time to build a well-developed strategy. Personally, I like to use the piotroski score as a way to filter out companies with poor fundamentals. I highly dislike investing in any company with a piotroski of less than 6. Now, it doesn’t work all of the time, but that has given me the ability to filter out many of the undesirable companies.

How can just adding that parameter to our screener affect the number of total delisted companies we end up investing in?

Before we add the criteria, we have a total of 6,888 delisted companies over the past twenty years.

After adding the criteria, we have a total of 782.

That is a huge difference. We still made roughly the same return as before, but we did it with fewer positions and fewer companies disappearing on us.

No matter what, if you invest for long enough you are going to run into a company that delists while you hold a position in them. It can be an inconvenience, but it isn’t anything that should make you shy away from investing. Instead, it should just make you want to be smarter with the investments that you do make. 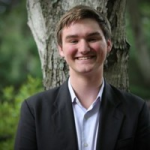